Leku-Ona ran in the 10th Adegi Corporate Race The team from Leku-Ona Group competed in the men’s category and completed the 8.5 kilometres in 42:06 minutes.

On May 7th a team of employees from Leku-Ona Global Solutions took part in the 10th Corporate Race organised by Adegi in San Sebastián.

Participants in the 8.5 kilometre race along the entire coastline of the city enjoyed running next to the sea and the great atmosphere during the event.

Some 530 teams competed this year — a new record, with 60 more teams than at the last event. The race has been getting stronger year after year, and around 2,200 people took part this time.
Employees from Caf, JMA Alejandro Altuna and Schaeffler won the men’s category, whilst the mixed category was won by Salto Systems, Fagor Arrasate and IMQ campeones. The female race was won by the Clinica La Asunción, Eroski and Kutxabank.

Congratulations to all those who took part! 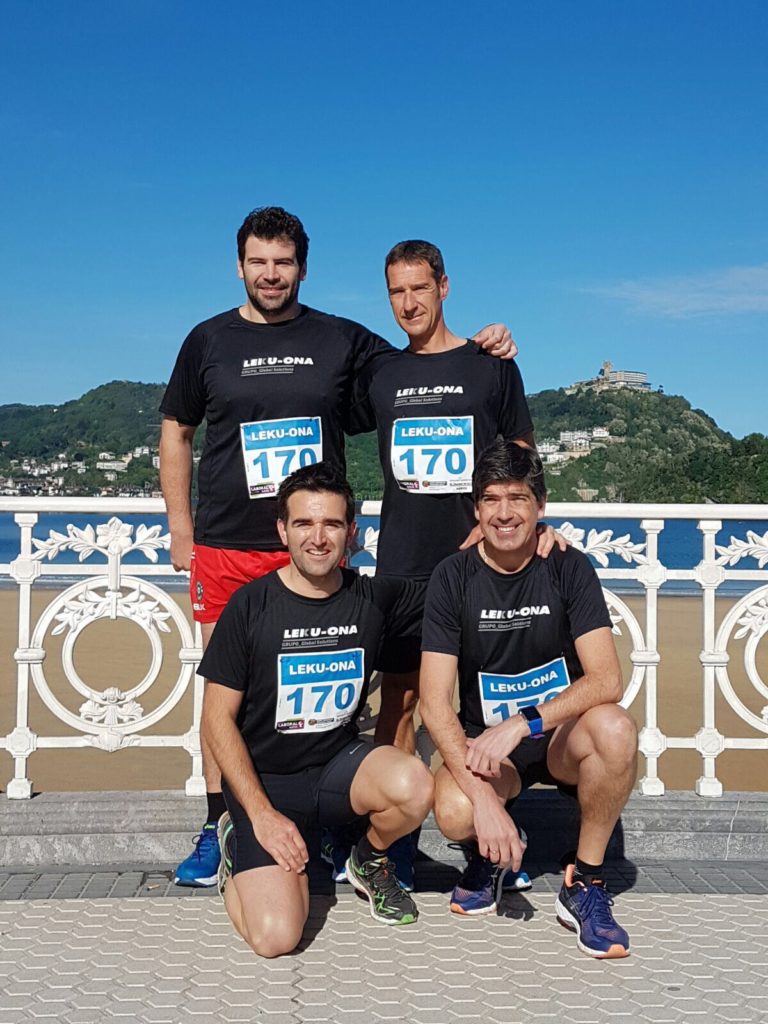