Automatic storage systems for pallets are solutions that use automated mechanisms for the handling of loads. It offers a high storage density thanks to the reduction of the work corridors and its height growth capacity. It also uses minimum response times. Its reliability allows the immediate inventory of stored products and minimizes errors in the handling of loads.

With the new automated pallet storage system we get: 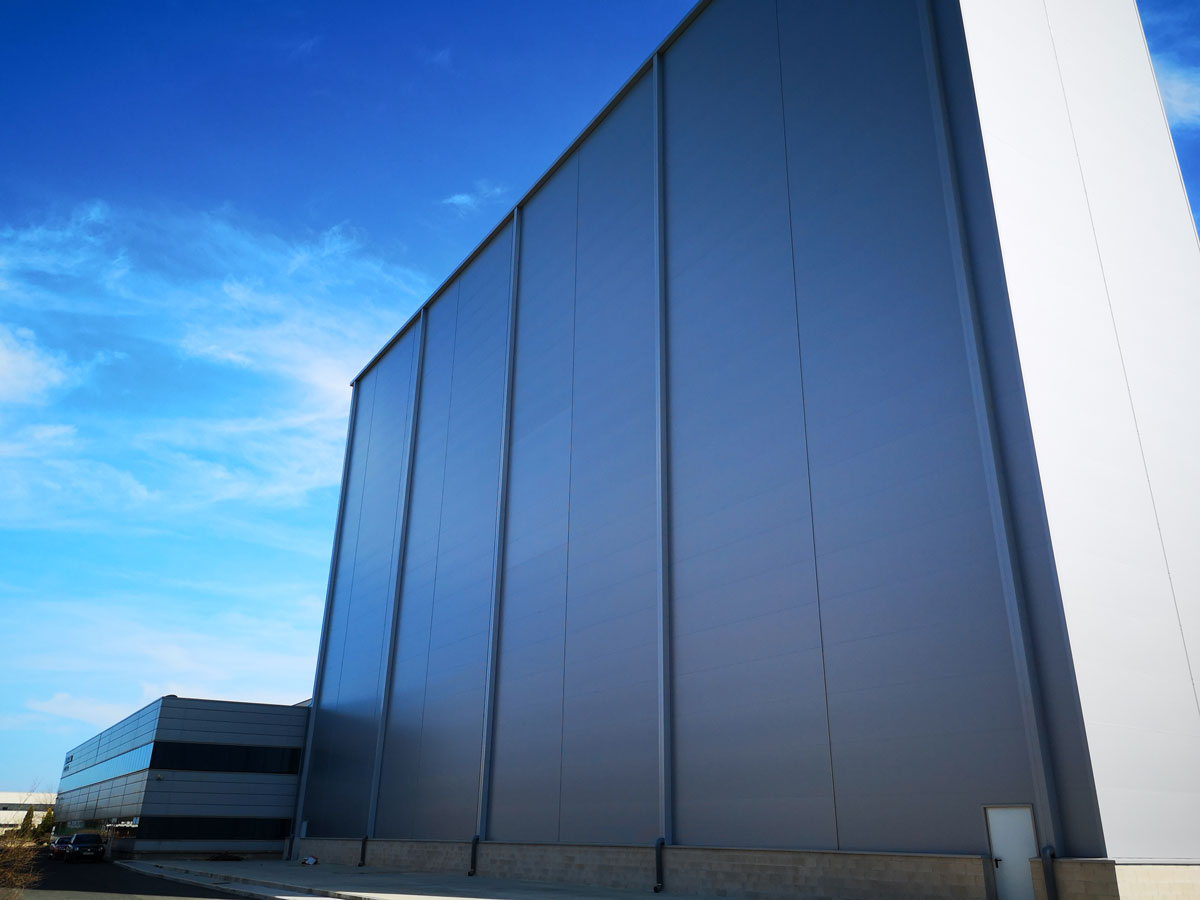 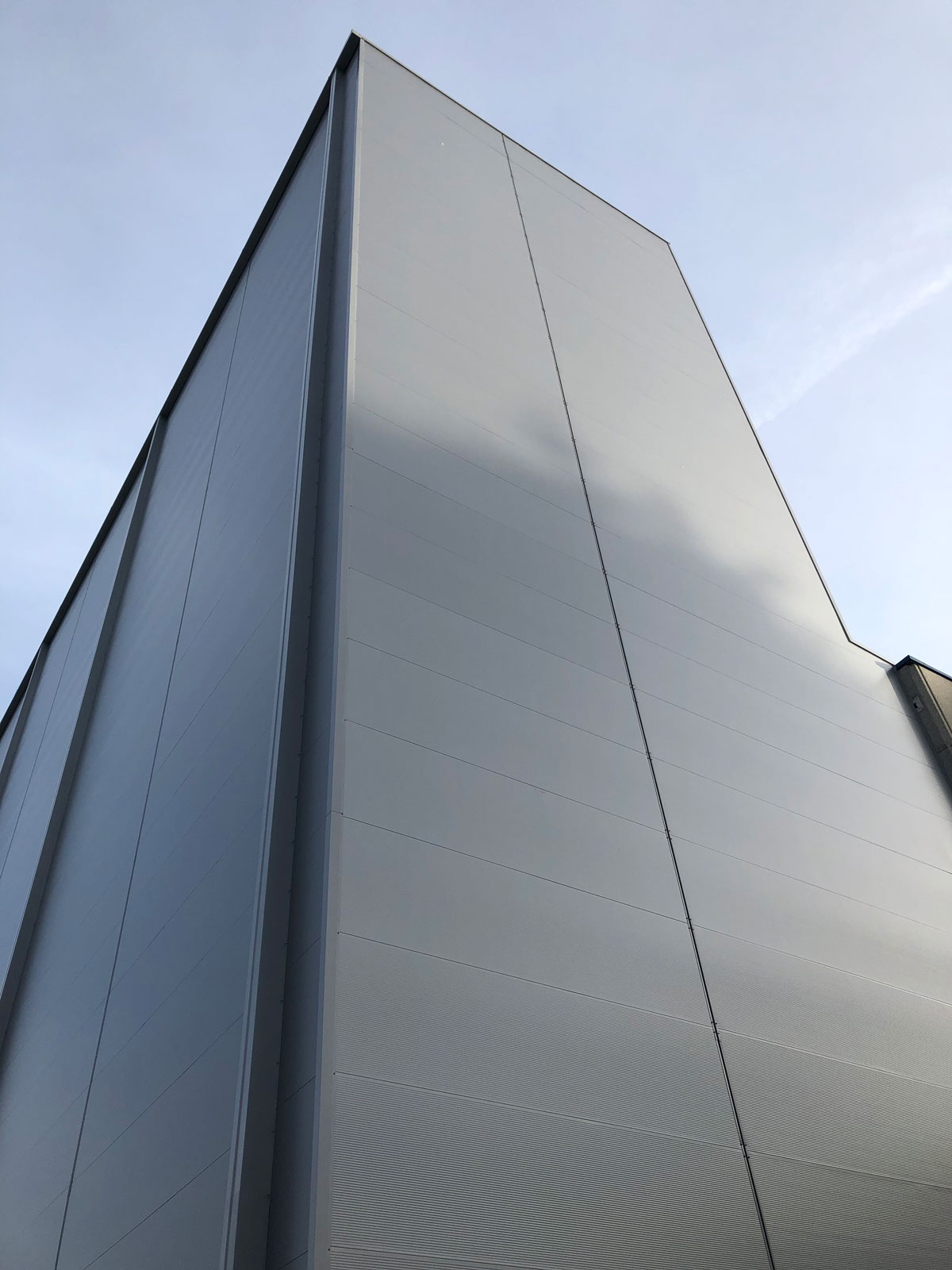 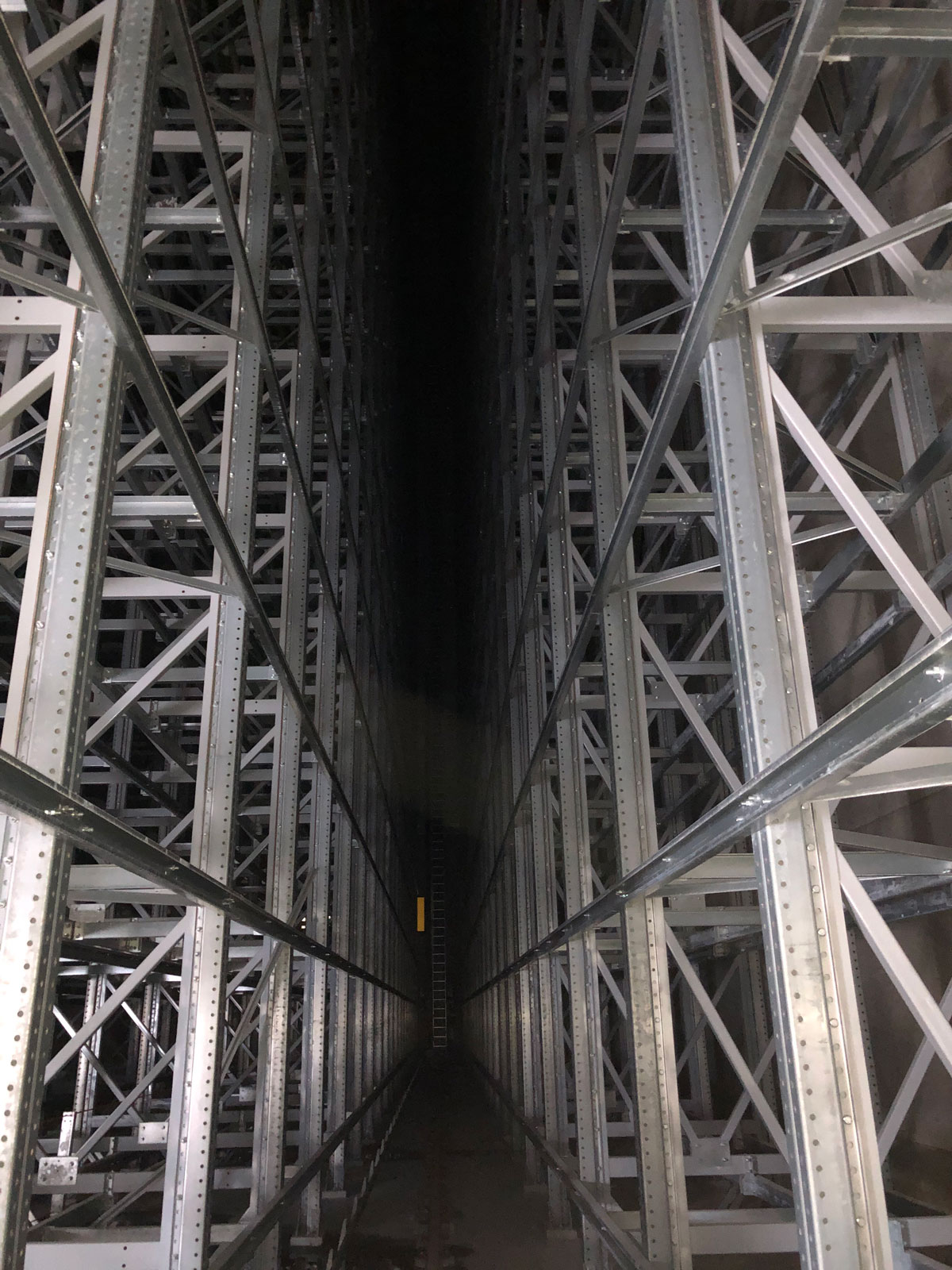 In our constant vocation to improve service, Leku-Ona incorporates a new automated storage for tubes into its machinery park. It allows storing and automatic removal of material in bundles and in simple, rough or worked pieces and of various length and weight. The automatic warehouse of 10.105mm in height, has 2 towers, 1 elevator, 34 containers; with mobile shuttle for loading and unloading containers. Full capacity of the warehouse 102,000kgrs.

This new vertical automatic warehouse allows us to organize and optimize the storage of tubes, reducing the time of preparation of the orders and giving greater security to the operator in the movement of the materials. 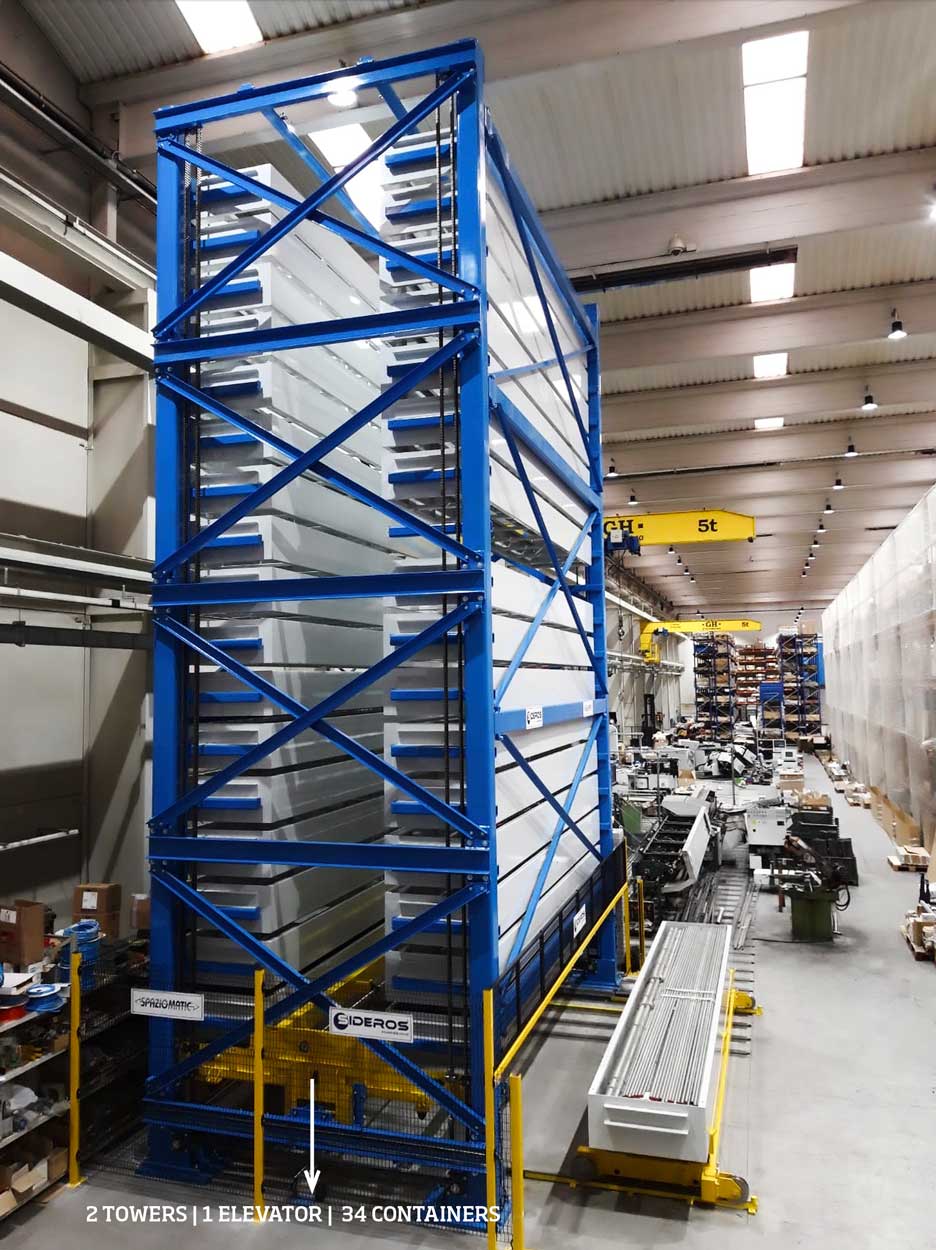 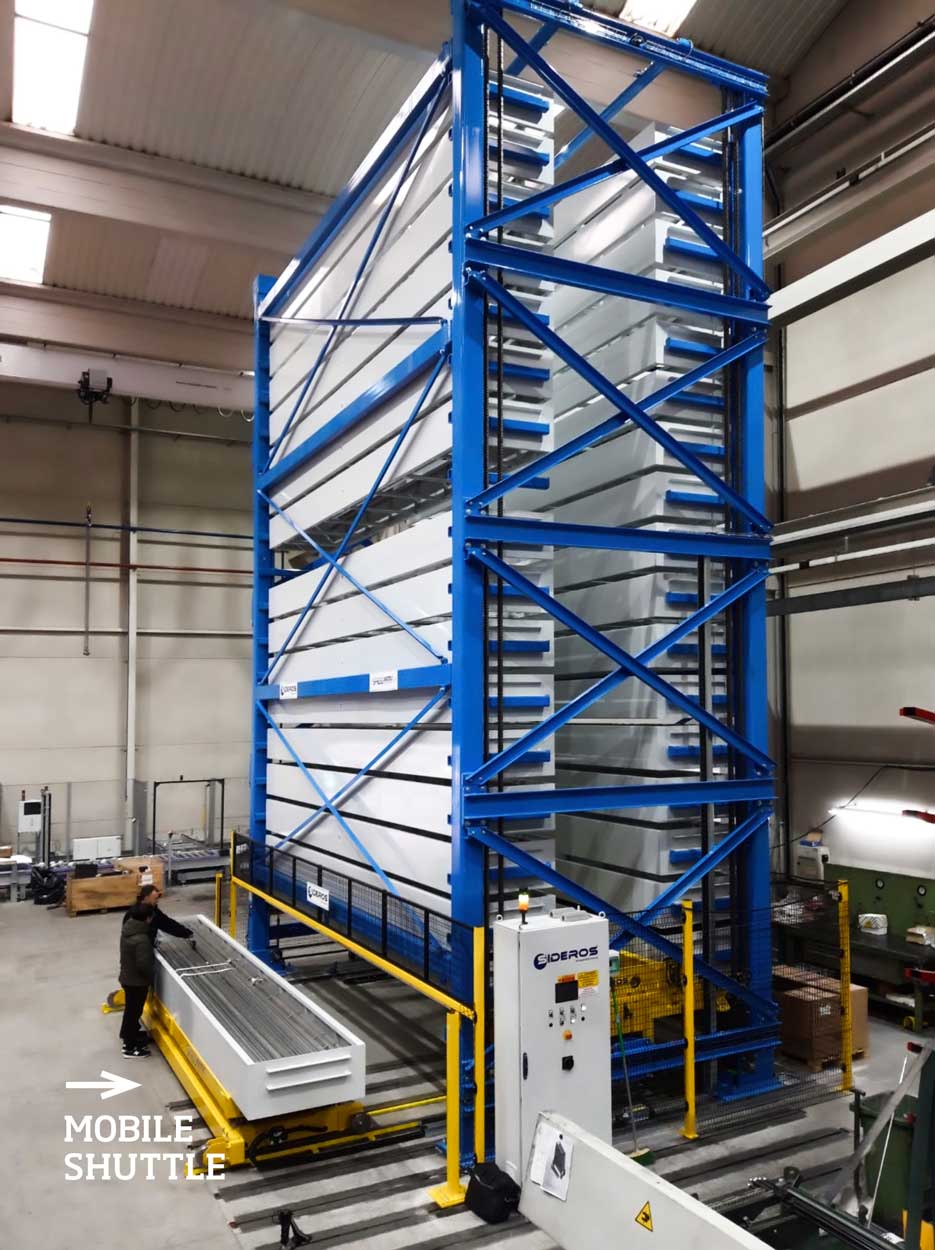 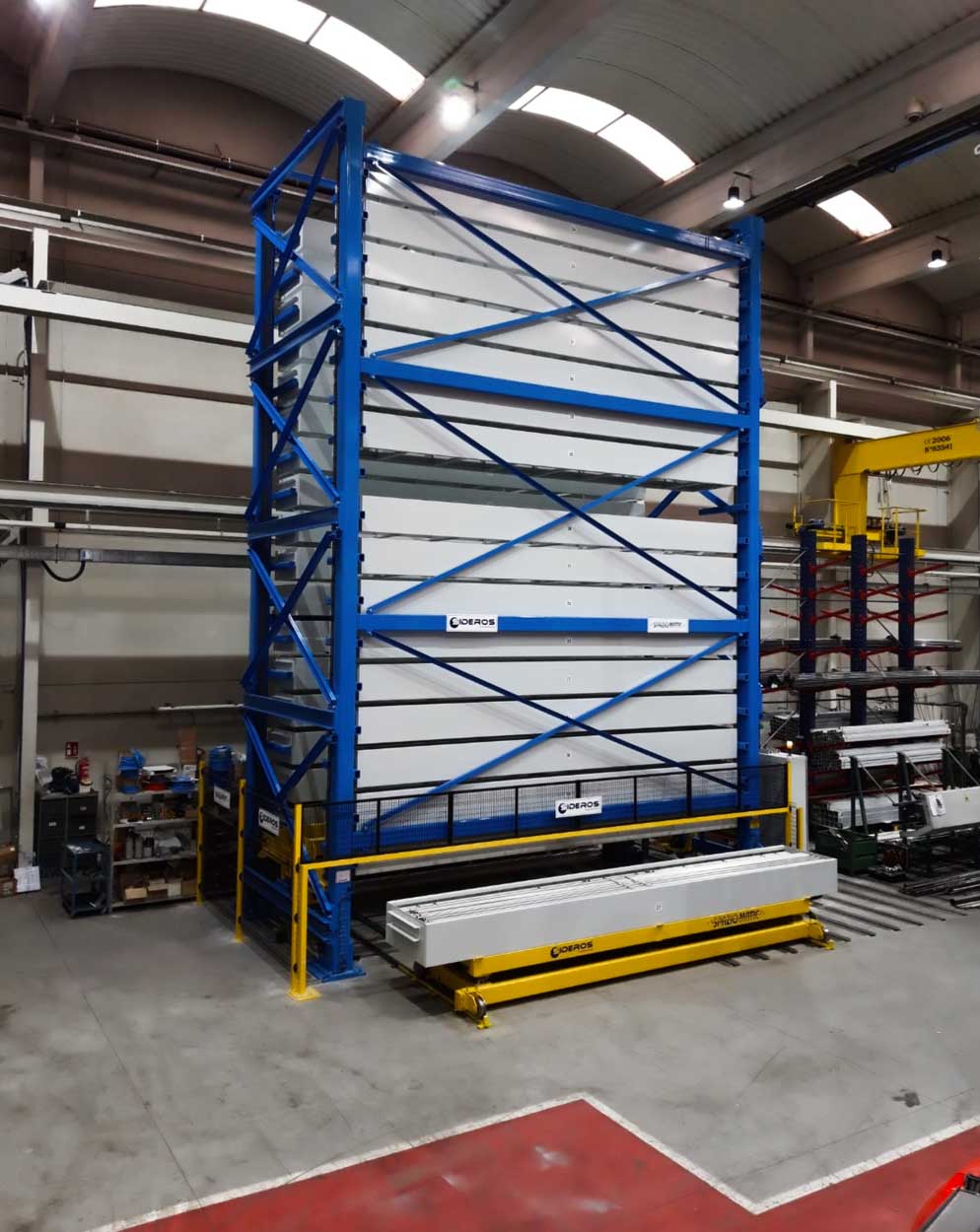 Leku-Ona Global Solutions launches a Youtube channel with videos about all the group’s companies The aim is to show the activity, installations and human capital of Leku-Ona, MKL, Urtzinox and Bostak.

Leku-Ona Global Solutions, in its effort to show its processes, services, installations and professionals with total transparency, has launched a Youtube channel, where you can find audiovisual items about the group’s different companies, such as  Leku-Ona, MKL, Urtzinox y Bostak.

In addition to the corporate video that explains in a very original way its complete range of solutions for industry, the Youtube channel by Leku-Ona Global Solutions also shows the work processes for different solutions, such as for example pipe bending.

Likewise, the videos have been inserted in the different websites of the companies that form the group, in order to offer another perspective of the daily activity at the new corporate installations that Leku-Ona Global Solutions has in Itziar – Deba.

Press reports on the new Leku-Ona headquarters in Itziar

At the end of 2015, several members of the media reported on the Leku-Ona group’s work and how it was performing in its new facilities. All the group’s production lines (Leku-Ona, MKL Machining and Urtzinox) are now operating in the Itziar plant (Deba) to provide global solutions to the industry automation sector.

Just a few days after moving to Itziar, Logi-News (media specialising in news on the logistics and transport sector) and the Cadena de Suministro (Supply Chain) newsletter reported that Leku-Ona had started working at its new headquarters, mentioning the practicality of putting the offices, work areas and stores for all the group’s companies within the same facility.

Alternately, in November 2015, Fluidos O.N.A. magazine interviewed the director of the Leku-Ona group, Álex Zabala, who discussed details of the business units, future challenges, the sector’s current situation and the advantages of the group’s new headquarters in Itziar, among other issues. 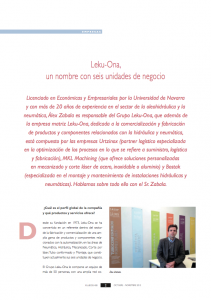 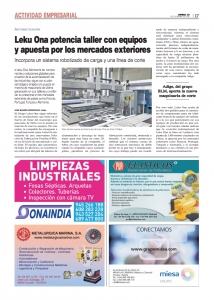 “Over the next few years, we will continue to run actions based on the company’s expansion and growth strategy, in an attempt to diversify and seek out new international markets” mentioned Zabala in Fluidos.

The year came to a close with the Leku-Ona Group appearing in Empresa XXI magazine where they published news of the investment made in production equipment, putting particular emphasis on the innovative robotised system that streamlines the loading process and the new cutting line purchased for the laser cutting division (MKL Machining).